Raise your hand if you suffer from second sock syndrome! 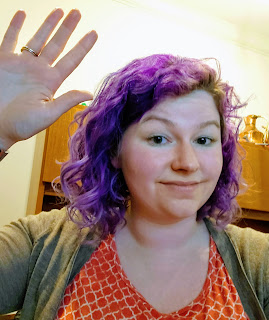 Yeah, I would be pure Dobby if I hadn't started knitting my sock pairs simultaneously. To that end, let me tell you how I knit my socks. Always two-at-a-time. Always using Magic Loop.
My favorite needles are HiyaHiya Sharps, and I get the longest cable I can find, which is typically 32" (although apparently 40" cables are also available! I may need to go shopping...) But I digress.
So our Sock Sanity pattern for round 1 is a top-down construction. In order to cast on for 64 stitches, I start with the yarn from the outside of my cake and cast on 32 stitches (1 below). Then with the yarn pulled from the center pull of the cake, I cast on 32 stitches (2 below). These form the fronts of the sock: 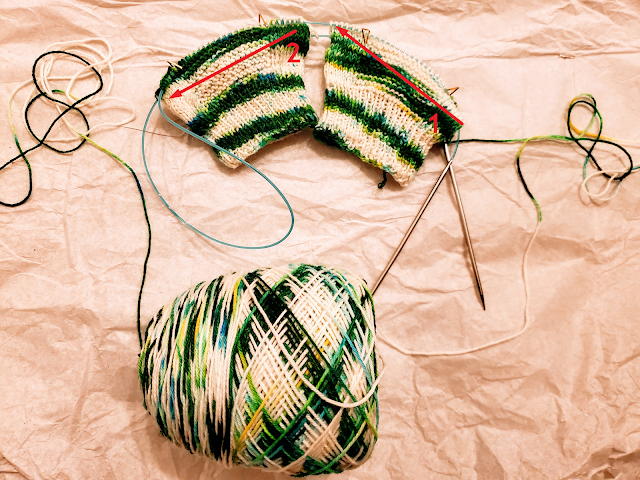 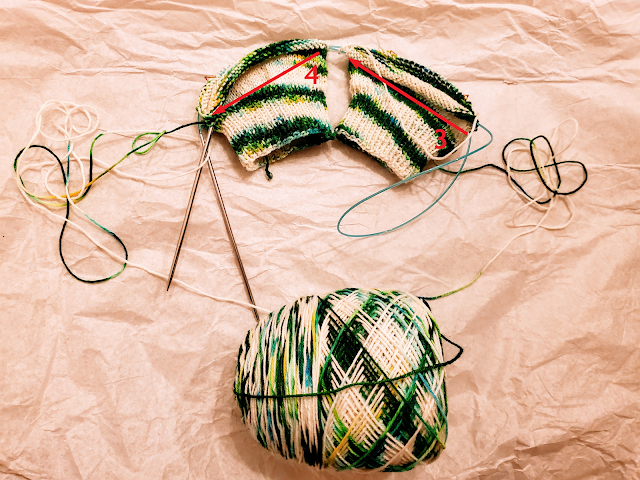 When joining, make sure your cast on edge faces the same so as not to twist! Push the stitches from the front of the first sock up on the needle, and pull the back stiches onto the cable (off the right needle) so that there is enough cable left on the left side of the front stitches to leave a loop, and enough cable on the right side to form a loop when you start working the front stitches. It looks like this while you're working the round: 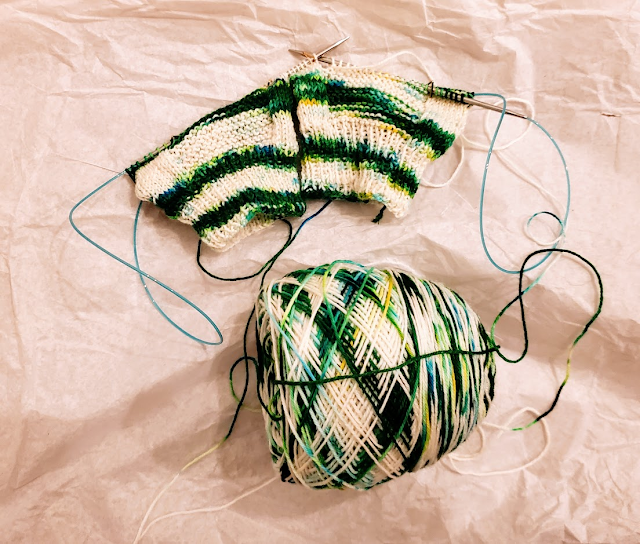 When you get a few rows into the ribbing this gets a lot clearer. You will knit front (sock 1), front (sock 2), back (sock 2), back (sock 1). While you're working the ribbing it's helpful to mark which side is the front so you know when your round is complete. You could use a BOR marker but I find that annoying because it just sorta flops around on the loop of your magic loop.

One of the major complaints of knitting with magic loop is that the cable isn't long enough to comfortably navigate. I totally get that and honestly the only argument I have against that complaint is that I've practiced it a lot. Not terribly helpful 😂 So as an alternative, I have seen it suggested to use 2 circular needles, one to knit the fronts and one to knit the backs. Back in the day when I started knitting magic loop, I was too broke to buy 2 needles in the same size, so I just kept at the magic loop process, and now I'm used to it.