To be honest, I actually finished these socks over the weekend, but I promptly came down with the dreaded summer cold and have been rocking myself in the fetal position in the corner ever since. Send tea. 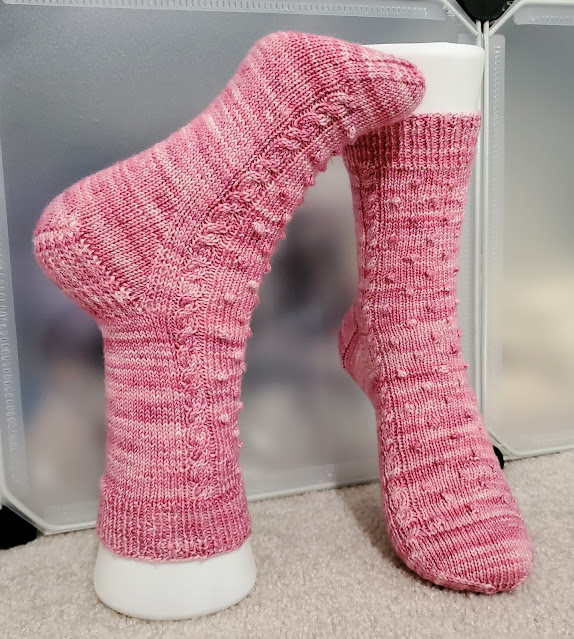 Voilà! Rosebud Socks! A forthcoming pattern from Louise from Adventures with Yarn, which she graciously allowed me to test knit for her. The yarn is Twisted MCN from Sunrise Fiber Co. in the colorway Bourbon Rose.

I particularly like the effect of the staggered cable along the pattern edges, which alternates between 3 and 5 rounds between the cable. It very much reminds me of a trellis! The knots on the front panel are cleverly created in a way that doesn't get swallowed like my nupps sometimes do. I also created charts as I went to share with Louise for those who, like me, think better in graph form 😊